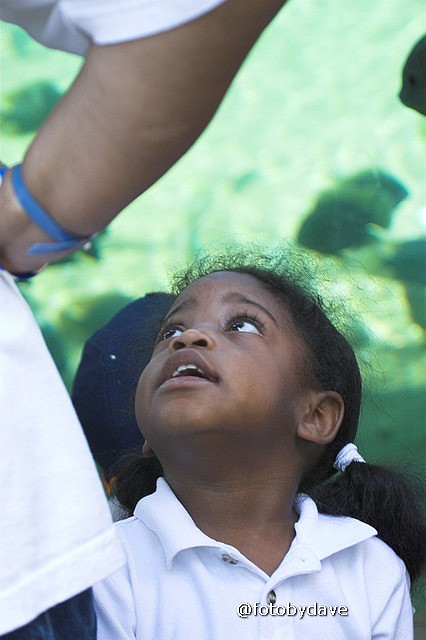 If you would like to receive Coffee Stains by email each week, just send an email to: fdavid.porter@gmail.com and say “subscribe.

I think the Apostle John must have been a clingy kid.

You know the kid I’m talking about. He’s always underfoot, follows you everywhere, talks your ear off, and constantly needs assurance of your love.

Of course he loves to cuddle and he wants to be close to you.

I wasn’t there and no one has written anything about it, but I can imagine mama Salome (James and John’s mama), saying with a bit of exasperation, “John, get down off my lap. Mama’s got to fix lunch! … John, I’m going to trip over you. You’re always underfoot.”

Maybe one of John’s first sentences was, “Mama, hold me.”

Why do I think that? Well look.

John was one of John the Baptist’s disciples. I don’t know how many there were in the group “John the Baptist and the Disciples” but there were two that were under his feet that day: Andrew and, according to the opinion of almost every commentator, our buddy John.

“The next day John was back at his post with two disciples, who were watching. He looked up, saw Jesus walking nearby, and said, ‘Here he is, God’s Passover Lamb.’

“ The two disciples heard him and went after Jesus. Jesus looked over his shoulder and said to them, ‘What are you after?’

“He replied, “Come along and see for yourself.”

Then John sticks like honey to Jesus. So much so that during Jesus’ last night before the crucifixion, as they were eating, John was so close that he could simply lean back and ask a question most of the other disciples couldn’t hear.  (John 13:25, 26)

He and Peter were the first two men to the empty tomb. He loved to be with Jesus.

At the end of his earthly life, exiled on the Island of Patmos for his testimony to Jesus, John, still snuggled up as close to the Lord as he possibly could. “On the Lord’s Day I was in the Spirit, and I heard …” (Rev. 1:10, NIV)

Yes, it’s kind of a pain to have a child who is always underfoot but admit it. You kind of like it that someone loves to be with you so much.

Are there any advantages to being one of God’s clingy children?

–You hear things that others don’t. When John was in the Spirit he heard God speak (Rev. 1:10). When John crowded John the Baptist, he was one of the two who heard John’s proclamation, “Look, the Lamb of God, who takes away the sin of the world!” (John 1:29, NIV).

God speaks to clingy people because they like to be with Him so much.

–You get to be close to God. Hey buddy! You remember when you first met her? Just being close to her, smelling her perfume, that was paradise wasn’t it? In God’s presence joy fills up everything. (Ps. 16:11)

–The closest child to the protector is the most protected. Protection doesn’t mean we don’t have trials and hurts. Protection means that there in the deepest part of who we are, nothing or no one can touch us except the One we love.

–When you are standing far away from someone only one of your senses is engaged. When you are next to someone all five senses are engaged.

When you are close to Jesus all of your spiritual senses are engaged (and I suspect there are more than five of them). You come to KNOW Him through these senses.

You Are Eligible. No Waiting Period

Whoa! That’s good. But, how do I get close? God must have hundreds of millions who love Him so getting close might pose a problem. There are lots of people more important than me.

Well, there’s good news. There is not a lot of competition to be close to Him. Probably the majority want to be close enough to get by, sign up for fire insurance if you will, but growing too close cuts off some other options.

Getting into God’s presence is mostly a matter of “want to.” Jesus has opened the door wide to go into the presence of His Father by His sacrifice at Calvary.

Each one of us can be welcomed as sons and daughters. And I suspect we can get as close as we want to.

We probably already are as a matter of fact.

Here is what God says about it, “So humble yourselves before God. Resist the devil, and he will flee from you. Come close to God, and God will come close to you. Wash your hands, you sinners; purify your hearts, for your loyalty is divided between God and the world. Let there be tears for what you have done.” (James 4:7-9, New Living Translation)

Humility vis a vis God. Resist the devil’s lies and believe what God has said. Come close to God (we can!) and He will come close to us. Repent and change our direction if we know there are things in our life which don’t please God = the right to be a clingy child (of God).

“Prayer is a powerful thing, but maybe one of the most amazing things about prayer is that while I may be praying for someone else and their needs or challenges it affects me. You can’t pray consistently without prayer changing you (for the good).