Sometimes you need a little context to know the truth. 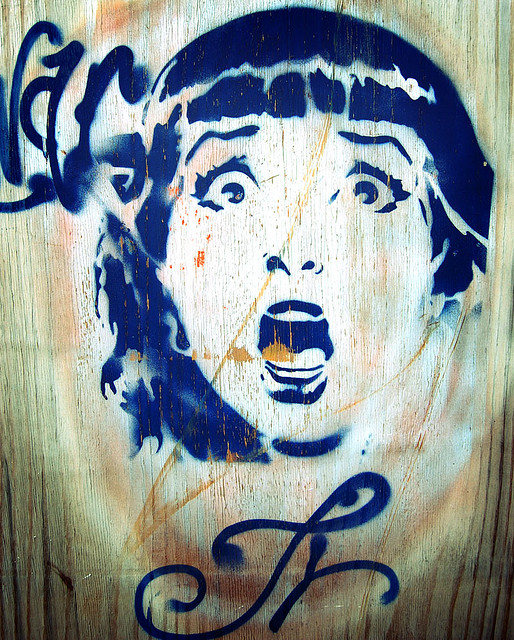 Police rushed to an apartment in the Sydney, Australia because people had reported a possible case of domestic violence.

Worried neighbors had heard the sound of furniture being turned over in an apartment at 2 a.m. A woman screamed.

Police cars converged on the site and an officer pounded on the door, demanding that the occupant to open up. Finally, a flushed, out-of-breath man in his thirties answered the knock.

The smell of insecticide wafted from the room.

The police demanded to see the man’s wife or girlfriend. “I don’t know what you’re talking about.” He insisted that he lived alone.

He sheepishly admitted that he had been trying to kill a giant spider. Evidently it had been a tough battle but he sprayed it to death.

And the woman’s scream? “Yeah sorry, that was me, I really, really hate spiders.”

No mention of the species or nationality of the spider appeared in the news accounts. One of the policemen said, “I really detest spiders and I didn’t get close enough to determine what kind it was.”

He did tell Radio 2UE, though, that he there was such a cloud of insecticide in the apartment that he was glad he wasn’t smoking because the whole apartment would have blown up.

We don’t always know what the truth is until we see the context, can we? Maybe it’s murder—or just an ugly spider.

I love to read history and when I see some of the ways our forefathers acted and some of the things they accepted as normal, I say to myself, “I would have been different. I wouldn’t have accepted that.”

Oh, really? Would I have acted differently if I had been in exactly the same context as they had been?

Jesus told Pilate, “I was born and entered the world so that I could witness to the truth. Everyone who cares for truth, who has any feeling for the truth, recognizes my voice.” (John 19:37, The Message)

Pilate the politician had a problem with the truth. He didn’t know what it was. “What is truth?” he scoffed.

There must be truth that works in all contexts, all situations.

The problem is more complicated for the Christian. He lives in two worlds where “truth” sometimes overlaps but often these worlds find themselves in conflict. “Truth” in one isn’t necessarily “truth” in the other.

One of these worlds is the one where we all live–terre ferme where the natural, physical laws rule. Where men lead their lives for better or worse.

We walk through this world knowing there is a cutoff date at the end. Afterwards? A small minority of the earth’s residents believe there is nothing. Most believe there is something but it doesn’t often influence the way they live their lives.

The Kingdom That Rules Over All

For the Christian who strongly puts his faith in Jesus Christ, there is another Kingdom and this Kingdom is even more important than the earthly one which can be seen, touched, smelled, heard and tasted.

Jesus also told Pilate,  “My kingdom,” said Jesus, “doesn’t consist of what you see around you. If it did, my followers would fight so that I wouldn’t be handed over to the Jews. But I’m not that kind of king, not the world’s kind of king.” (Matt. 19:39, The Message)

Everything is sweet as long as these two kingdoms agree. Sometimes, they take diametrically opposing views.

And that’s where the sparks fly.  This world’s kingdom says that all religions are more or less correct. If there is a God, be good and you will be all right after this life. 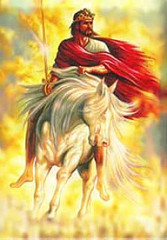 In the invisible Kingdom that God has established: “I’ll be completely frank with you—we have nothing to hide. By the name of Jesus Christ of Nazareth, the One you killed on a cross, the One God raised from the dead, by means of his name this man stands before you healthy and whole. Jesus is ‘the stone you masons threw out, which is now the cornerstone.’ Salvation comes no other way; no other name has been or will be given to us by which we can be saved, only this one.” (The Message, Acts 4:9)

In the earthly kingdom right and wrong are relative. Sin is an outdated concept. King Jesus begs to differ, “I tell you, no; but unless you repent you will all likewise perish.” (Lk. 12:3, NKJV)

Flashpoints abound when these two Kingdoms crash together.

When that happens you’ve got three choices:

–Avoid conflict. Keep your head low and your mouth shut. Pretend you agree with this world when you don’t really.

–Open your mouth but be really obnoxious, expecting people who are not of Jesus’ Kingdom to understand you.

–Stand for what is right but do it with the love of the Lord and respect for the person who disagrees with you. My observation is that people who are RIGHT! have kept many people from the truth of the Lord.

Why? Because I don’t think we always have the right to speak the truth.

Listen to this. “that we should no longer be children, tossed to and fro and carried about with every wind of doctrine, by the trickery of men, in the cunning craftiness of deceitful plotting, but, speaking the truth in love, may grow up in all things into Him who is the head—Christ…” (Eph. 4: 14, 15, NKJV)

I’m not sure I have the right to speak the truth unless I can do it in the love of the Lord. We’ve got too many “baby prophets” waving the sword and cutting people’s head off–people loved by the Lord.

Peter tells about the attitude with which we  should respond. “Be ready to speak up and tell anyone who asks why you’re living the way you are, and always with the utmost courtesy.” (1 Peter 3:15, The Message)

The Christian lives in two different kingdoms, but the context of Kingdom of the Lord is by far the most important. It will never end. Make sure you are obeying the King of the Kingdom of God.

The joy of whining-“Like holding a grudge, or like panicking, whining rarely helps. If anything, any of the three make it far less likely that you’ll make progress solving the problem that has presented itself. And, like knuckle cracking, it’s best enjoyed alone.” Seth Godin

DO YOU SEE THIS?

NEVER SPIT WITH A TWO-YEAR OLD ON YOUR SHOULDERS.

Seven ways to break from obsessional thoughts
I learned a valuable lesson one day: never spit when you’ve got a two-year old on your shoulders.
I don’t want to shock the ladies in my audience but men spit, scratch and burp when their mothers and their wives aren’t around to tell them to stop. It is a guy thing. (Sometimes their younger daughters spit and burp along with them, but, only when mama’s not there.(If you want to get into the doghouse, sir, just encourage your little girl to burp when mama is there).  To read the rest of this article click here