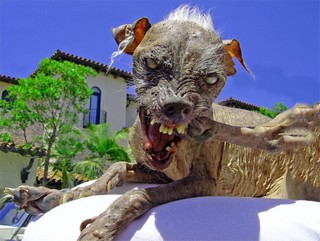 We preached for a couple of churches in the North of France this weekend. They were together having an outing, so after putting some sausages and fries into the ministry, I settled into a reasonably comfortable spot in the shade to watch the soccer game.

At church outings, there is a mandatory sporting event so that the men can strut their stuff. My stuff is mostly strutted out because of a gimpy knee (and 65 years of walking on it). In some countries the sport is softball or touch football, maybe even volleyball.

In France of course it’s soccer.

I must admit that I was impressed by some of the middle-aged guys. They were no longer young, their belts were stretching to try to hold in the extra pounds around their middle and their aging heads were full of graying, gray, or disappearing hair.

They started out well and at times amazed me with their abilities.

The game was divided into three parts for the older players:  first twenty minutes or so–“flashes from the past,” you could imagine that at one time they weren’t bad as they rumbled around shooting and passing and telling themselves that they still had it; second twenty minutes—“reminders of the present,” here the match slows down considerably and reality sets in; third twenty minutes—“flashes from the old folks home,” a vision of the future.

“Is it time for desert yet?”

Another twenty minutes and we could have called the undertaker for some of them. I imagine there was quite of chorus of, “I told you!” from their wives on Monday morning.

Folks, whether we like it or not, this thing isn’t heading in a good direction.

The tiny baby makes us smile. (Notice, I didn’t say “beautiful baby.” Look at the kid! No hair, no teeth, all red and wailing. Everyone says he’s the spitting image of his daddy). I will admit that he is kind of sweet.

This little guy becomes the cute kid and she then morphs into the eye-catching teenager.

Somewhere though, gray hairs begin to sprout like green grass in Spring and hairdressers get rich making blonds out of grays. Pounds pile on, cholesterol shoots up and you look up the road a couple of years at the people a bit older than you and realize that it’s not going to get better.

We’re all going to seed.

It’s actually worse than that. One day I was reflecting and I realized something. I loved my grandparents but it’s almost like you have to cash them in to get your children.

Then you trade your parents for your grandchildren.

Then came a sobering thought: One of these days my grandkids are going to trade me in too! “C’mon guys, no! I’m papa, remember those ice-cream cones?”

No healthy person wants to die, but if you know you’re going into an eternity of God’s presence, that takes away the sting. If you’re not ready, that’s another question.

I’ve got good news for you in the meantime, though.

Though the outside is getting homely and homelier—strike that—more and more mature, you should be getting better and better looking on the inside.

“If you only look at us, you might well miss the brightness. We carry this precious Message around in the unadorned clay pots of our ordinary lives. That’s to prevent anyone from confusing God’s incomparable power with us …  So we’re not giving up. How could we! Even though on the outside it often looks like things are falling apart on us, on the inside, where God is making new life, not a day goes by without his unfolding grace.

“These hard times are small potatoes compared to the coming good times, the lavish celebration prepared for us. There’s far more here than meets the eye. The things we see now are here today, gone tomorrow. But the things we can’t see now will last forever.”  ( 2 Corinthians 4:7 ;16-18, The Message)

We spend a ton of money to try to keep the outside from going to pot, and it goes anyway. But, what are we doing about the person were are inside?

Is our heart better looking or is it drooping, like our skin? We post those old pictures on Facebook so that people will know that we weren’t always like this. That’s fine but that’s not the important part.

What are you doing about the man inside? He can get stronger and better looking every day. Read that whole chapter of 2 Corinthians 4.

Often I say things to you like: “Here are five ways to grow in Christ,” or here are ten ways to overcome spiritual lethargy.”

Today I want to hear from you! Tell me your secret for getting good-looking on the inside. I’d be glad to share your beauty secrets with the other readers of Coffee Stains. (And if you have a recipe to wipe out wrinkles under your eyes, I wouldn’t mind hearing that either).

My quest is not to find a place where God appears, but to find God in the places he sends us. – Pastor Jim Hennesy

“It’s so much easier to pray for a bore than to go and see one.” C.S. Lewis