My dad used to irritate me when I was a kid.

Sometimes I’d ask him a question and he wouldn’t respond. I’d ask it again and he still wouldn’t answer. He’d usually respond if I asked the same question the third time.

Since I’ve had kids of my own, I think I know why he didn’t reply. Constant questions can get annoying.

Have you ever been like my father when God speaks to you? You hear His voice, but you pretend not to.

Has someone ever asked you something and you closed you heart to him?

Whoever wrote the letter to the Hebrews quoted parts of Psalms 95:7,8 three times in the first four chapters. “Today, if you hear his voice, do not harden your hearts as you did in the rebellion, during the time of testing in the wilderness, where your ancestors tested and tried me, though for forty years they saw what I did…” (Heb. 3:7-9)  END_OF_DOCUMENT_TOKEN_TO_BE_REPLACED 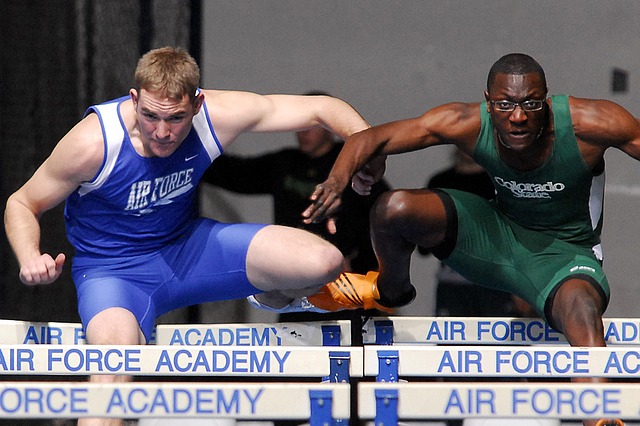 A painful image etched itself into our minds as we saw 21-year old French hurdler Wilhem Belocian weeping after being disqualified from his first Olympic race, the 110 meters hurdles.

He started an instant too soon.

Year of effort and sacrifice counted for nothing.

He had worked hard enough. He was one of the fastest in the world in his event. He wanted the gold medal badly. Yet, a fraction of a second sunk all his hopes. (Watch Belocian– https://www.youtube.com/watch?v=H3f96gEoHYw )

Human lightning bolt, Usain Bolt, has only been beaten once in the last eight years. He jumped the gun at the 2011 World Championships and was disqualified.

It’s not enough to work hard, sacrifice and run with everything in you. You got to start at the right time or you can lose all that labor.

It’s like that with God’s will. When God tells you to do something, there are two vital elements involved: God’s will and God’s timing. You can’t have one without the other.

END_OF_DOCUMENT_TOKEN_TO_BE_REPLACED

God can be a bit exasperating. Have you noticed?

Sometimes you beg for Him to speak and tell you what to do, and you don’t hear a peep. And other times you want Him to hush, but He won’t be quiet (like when you’ve sinned or when you’re getting off the path He laid out for you).

When He’s quiet there is usually a reason. After my sophomore year in college, I was really struggling with whether God wanted me for full-time ministry. I had made up my mind that if I felt that was the case, I was going to leave the college I was at and go to Bible college.

One evening I was praying with two other guys. It was nearly time to go back to school and I needed God to hurry up and speak. I was hoping He would send an angel and say, “Goooooo preeeeeach!” The other two fellows seemed fervent in their prayers.

My angel must have gotten lost or the Prince of Persia resisted him. I’m still waiting on him 47 years later. So, I went back to the college I was at and finished a major in Political Science with a minor in Journalism.

And by the way, when I got back to school after that frustrating prayer meeting, there was a new girl who had moved to town and started to going to our church.

She became my wife. The Bible school would have been full of possible pastor’s wives, but none of them would have been as good as the one I got. Thanks Lord for not speaking when I desperately wanted you to.

How Do You Decide? END_OF_DOCUMENT_TOKEN_TO_BE_REPLACED

I suspect that some people accomplish more by doing what they consider to be Plan B for their lives than they ever would have, if they had been able to live in Plan A.

My Plan A was to play second base for the St. Louis Cardinals baseball team. The only thing that kept me from doing it was a lack of talent and the desire to work really hard. Other than that I had what it took to excel.

Plan A1 was to be a world-famous foreign correspondant for some magazine.

What I’m doing now wasn’t in my plans. But, I have no regrets. Each one of us is born for a reason. God conceived us to play a special role. We all have ideas and desires but the best of all is to do what we were created to do.

What happens when we goof up, though? END_OF_DOCUMENT_TOKEN_TO_BE_REPLACED

You make thousands of decisions in your life but a few of them are turning points and have the power to change your existence.

Birth was the first important turning point of your life. Until then, life had been good. You lived as a little parasite in your mom’s tummy while you ate like the survivor of a minor famine, did a little jogging and karate each day, and slept the majority of the time—kind of like the average teenager during the summer, huh?

One day, though, mama’s body said “That’s it! Out!” And that was a turning point. It didn’t look like it had worked too well because you entered a cold world of blazing light. Immediately this strange man lifted you up by the heels, your head down, and whacked you on the booty. Upon which you yelled with everything within you.

And life has gone downhill since then. END_OF_DOCUMENT_TOKEN_TO_BE_REPLACED