Is your life worth anything? 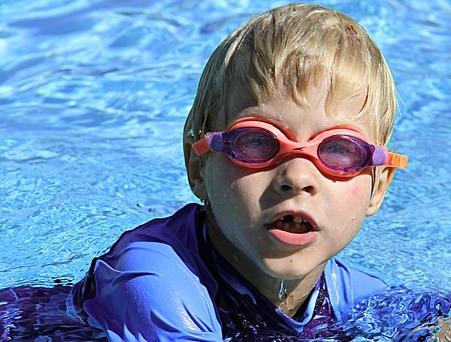 Andy Stanley tells the story of his niece, Elena I think her name was. When she was five her mother looked for an activity that her daughter could channel her energy into.

The girl had a long body that seemed to be made for swimming. So her mother enrolled her in a swim club. For four years they went to swim meets.

The little one loved meeting other kids and she seemed to like to swim. But when it came time to race, she always finished last.

Finally at the beginning of a new year with the club, mama was driving Elena to a competition.

“Elena, you should try to win the race today,” she urged her daughter.

“Race?” her nine-year old daughter asked, surprised. “You mean it’s a race! I thought we went to ‘meet’ people.”

All these years the girl had gone to swim “meetings” with the idea that the goal was to “meet” people. That day she realized that it was a competition. Her outlook changed and she won the race. And she won at the next meeting and the next.

As a matter of fact, she was the only one in her swim club who progressed to the next level.

Her world changed when her way of seeing changed. END_OF_DOCUMENT_TOKEN_TO_BE_REPLACED

Are you big enough for the dream God has given you? 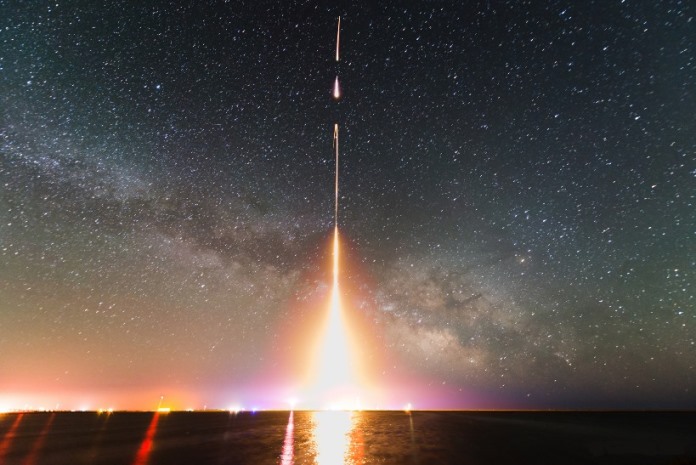 Two disciples trudged back up the road towards Jesus, a frown bigger than Mt Sinai staining their visage.

Jesus had sent them to the next Samaritan village to prepare for his team.

“They said they didn’t want any dirty Jews passing through their town!” the men reported.

John and his brother James stood next to Jesus. John’s face flamed as red as a thermometer–and thermometers hadn’t even been invented yet.

“Lord!” he spat. “Do you want us to call down fire from heaven and burn them up?”

John had dreams and visions of doing great things for God. So here he is, with John,  getting ready to act like the great prophet Elijah, who called down fire on his enemies. John had faith too. He could do powerful things. Just watch!

Jesus wasn’t too surprised at his reaction. After all He had nicknamed John and his tempestuous brother, “the Sons of Thunder.”

In my imagination I see John warming up his “calling-down-fire-from-heaven” voice when Jesus stops and rebukes him. END_OF_DOCUMENT_TOKEN_TO_BE_REPLACED

I saw it again the other night. This lady sat there strumming her guitar and I began to drift off into the Rocky Mountains or to some other deep beautiful place.

For years I’ve wanted to play the guitar. I could  see myself sitting there, twanging the guitar like Pavrotti sings opera. I was going to be good. Then one day a friend loaned me a guitar and gave me a few lessons. END_OF_DOCUMENT_TOKEN_TO_BE_REPLACED

The other morning my wife came into my office talking about this weird dream she had had the night before. She told a disjointed story that would have crossed a statues eyes with its strangeness.

Then I told her about a dream that I had had which had something to do about bombing a city. With others I had debated whether it was right, because many civilians would be killed. Then the scene fast forwarded and I was flying above the city. I say, “I”, because I wasn’t in an airplane.

Down below I saw a one of our soldiers running trying to get away and an enemy chasing him. So I positioned myself in flight and was going to try to spit on the head of the bad guy so as to distract him and give my friend an advantage. It was going to take a big spit.

There is a kind of dream, though, that can motivate your life. We also call them visions, hopes, goals, etc. You’re never too young to dream. Young Jeremiah protested God’s dream for his life. “Hold it , Master God! Look at me. I don’t know anything. I’m only a boy!” (Jeremiah 1, The Message).

Old man Moses creaked around on 80-year old joints at the back side of the desert. When God gave him the dream of leading Israel out of Egypt he responded sincerely, “Send someone else!”

All the same, the dream eventually inspired the octogenarian to do exploits for God.

Those great “theologians” Simon and Garfunkle once sang a song about two old friends, sitting on a park bench. Sad music accompanied words that sang of being surprised at being 70 years old now and all they had left was their memories.

Made me want to cry. Is that all there is to look forward to? Paul Simon was 27, I think, when he wrote that song.

Someone said that old age begins when your memories take the place of your dreams. Honestly, though, some young people have gotten “old” because bitterness or disappointment or doubt or fear or all kinds of things have taken the place of their hopes—their dreams.

*Start looking to the Lord. Get your eyes on Him and not on your hurts, problems or memories. Nehemiah the wall builder inspired some tired, dirty people with his words: “I looked [them over] and rose up and said to the nobles and officials and the other people, Do not be afraid of the enemy; [earnestly] remember the Lord and imprint Him [on your minds], great and terrible, and [take from Him courage to] fight for your brethren, your sons, your daughters, your wives, and your homes.” (Nehemiah 4:14, Amplified version)

*Don’t limit your dream because of age—too young, too old—or because of whatever you perceive would stop you. If your dream really comes from God, He delights in providing what you need to accomplish it. Read His Word to refresh His promises in your heart, then act on that faith.

*Find others to help you accomplish it. It’s rare that a God dream happens to one person alone. God-sized dreams often span generations and involve many people. Don’t be afraid to let others share your dream. Don’t use and manipulate them to accomplish your dream. Inspire them to have a part in the dream God has given you.

*If you don’t have a dream God might want you to enter someone else’s dream and help him accomplish it. The dream is God’s, whoever has it. When we enter it, it becomes ours, too. You need a dream. Find God’s dream for you.

*Hang out with dreamers and be a person who “infects” others with dreams instead of sourness and doubt. Listen to what I received recently from some motivated friends, all over 60 years old: “Hey, Dave! Dream big, because our God is even bigger and He can help you accomplish even more.” H. and K. And, “The point of it all, Dave, is to finish well.  May that be said of both of us.” M.

God-dreams … or memories, disappointments and self-pitying tears? What film plays in the theater of your mind? What motivates you?

“There is a huge storm coming, Israel. Get out of the way.” Thomas Friedman writing in the New York Times.

“Quit throwing that ball on top of the house!” mama would eventually yell out from somewhere inside.

“Rats!” How in the world was a boy going to get good enough to play with the St. Louis Cardinals if he didn’t practice?

Now, I wonder how mama kept from going crazy listening to the rubber ball that I threw, which bounced on the roof, then bounced once or twice on the way down, before it finally nestled in my skillful glove (in theory).

Well, if she wouldn’t let me do that I could always bat bumblebees. That sharpened up my hitter’s eye or I could bat rocks and invent games, which I usually won because I was playing myself. One self was the great team I loved and the other was their hated rivals.

While I played, I dreamed of playing second base for the Cardinals.

There weren’t a lot of other things to do in the tiny village of Paraloma, Arkansas in the ‘50’s. You don’t know where Paraloma is? It’s the last village at the end of the road, after Brownstown, or Grave’s Chapel if you come the other way.

And it was there that I would throw the ball as high as I could, those hot summer days and I would dream or I’d throw the ball onto the roof until mama couldn’t take it anymore and dream powerful dreams.

Most of the dreams never came to pass. Some did. The Cardinals never called, though. Kind of doubt if they will. I don’t think the Redbirds could use an old, slow second baseman.

Lately, my dreaming has changed. Here’s my philosophy:

Dreams pull you forward through life. The man who no longer dreams no longer moves forward. Watch out for dreams that are too small, too easy to reach because when you do reach them, your life might stop there. Or  you can even decide that you may as well just stop and enjoy what you’ve got instead of going all the way with that idea that God gave you for your life.

If you’ve reached all your dreams, ask God for bigger dreams. It’s the healthiest thing you can do.

Life moves. Often, accomplishing your goal isn’t as satisfying as the places you pass, the people you meet, and the obstacles that you overcome to get where your dream takes you.

The most beautiful dreams motivate us all through life into eternity and we can leave them for others so that they, like us, can taste the joy of accomplishing something for the Master.

Those who only dream of palatial houses and showy cars, more money and more fame finally find that life is empty. Those things are too easy. Just stuff.

And when they’re eating the fruits of their labor, like a hungry lion devouring it’s kill while swatting buzzards and growling at hyenas, they’re humming that old Peggy Lee song, “Is That All There Is?”

There comes a time when you’ve reached a certain age, you’re tempted to just “piddle” the rest of the way. Isn’t that what you’ve worked so hard for, for three-fourths of your life?

It’s not like that. God created you to dream. If you don’t dream anymore, get before Him and see what He wants you to do. There are still giants to kill, people to help, His Word to share; injustices to correct.

“The word of the LORD came to me: “What do you see, Jeremiah?” (Jer. 1:11); “I’m not saying that I have this all together, that I have it made. But I am well on my way, reaching out for Christ, who has so wondrously reached out for me. Friends, don’t get me wrong: By no means do I count myself an expert in all of this, but I’ve got my eye on the goal, where God is beckoning us onward—to Jesus.” (Phil. 3:12-14, The Message).

You can still live and mark your generation. What are you dreaming these days?
(In case you’re wondering which one of those little leaguers above might be David … top, to your right)

A new e-book begins! Check out our website to see the first installment of a new e-book that I wrote which will be appearing on the site each week. Wake Up Stories for Big Folks starts this week. It’s free. Go see for yourself: davidscoffeestains.com

“In a long distance race, everyone gets tired. The winner is the runner who figures out where to put the tired, figures out how to store it away until after the race is over. Sure, he’s tired. Everyone is. That’s not the point. The point is to run.” Seth Godin