How much is enough when you are trying to please someone else? 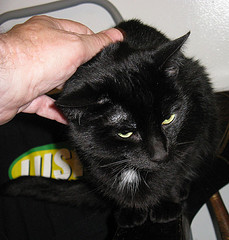 Cats, for instance. Can you ever rub a cat so much that it wants you to quit stroking its’ fur? My daughter had a little black cat named Betty who was a black hole for affection. If you stroked her fur 23 hours and 59 minutes a day, she’d want still more.

Wives are like that, too. You can give heavenly back rubs and shoulder rubs or foot massages for hours on end. When you stop, what is the first thing they say?

“Thank you!” Are you kidding? 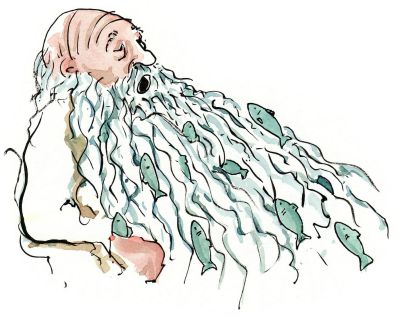 We often tell ourselves things that cause us to give up on God’s promises!

Never Give Up On God

Susie thought about her marriage proposal from Ralph. Sure he was 79 and she was 29. He wasn’t exactly handsome. Actually he was ugly.

But Ralph had one thing going for him. He was breathing. And Susie really wanted to get married. REALLY wanted it. She said to herself, if I don’t take this chance I may never get another one.

(A little word to singles here: there are things that are worse than being by yourself. As I’ve noted many times, if the only thing keeping you from happiness, young lady, is a husband, there are thousands of women who would happily donate their husband to you. They would even gift wrap him.)

Now, back to the article.

Susie said in her heart, “Ralph is okay. I’m not crazy about his false teeth, hearing aid, silly-looking toupee and who knows what else? It bothers me a bit that he has grandchildren older than me and that he has already purchased his gravestone in the cemetery. I really want to get married, though, and I may not get another chance.

We need to watch what we’re saying to ourselves in our heart. END_OF_DOCUMENT_TOKEN_TO_BE_REPLACED

Recently I got bored sitting at the back of the room during an exciting meeting. Being the enlightened man that I am, I discreetly fired up my iPod and played around with it. For some reason I opened up my podcast files. I accidently touched the wrong thing and one of my podcasts started playing right in the middle of the meeting!

I frantically tried to shut it off while the speaker tried to pretend he didn’t hear anything and several others suppressed grins. I was hoping they would think it was someone else playing the role of the idiot in this scene but the podcast was in English and the meeting was in French. The only other English-speaker was my wife and she was sitting up front like a good little girl, instead of at the back with her husband (Do you have any idea why she wouldn’t want to sit next to me?).

I had several exciting  seconds before I got it shut down. I kept pushing the wrong thing. At least I was no longer bored.

Boredom, anger, lust, lack of concentration, jealousy, desire, ambition, vision, joy, peace, assurance—all these things go on inside our head. We joke about the vacuum in the space between our ears. But, it’s rarely a vacuum. The truth of the matter is, if you’re good in your head you can sit through meetings that don’t stimulate you and all will still be well in your world. END_OF_DOCUMENT_TOKEN_TO_BE_REPLACED

Normally, if we tell someone that we hear voices speaking inside of us, friends start looking in the telephone book for the address of the funny farm.

I used to have a friend who told me that God was going to use him to do all kind of things. I was a little wary of him.

The Blues Brothers thought they had hear God’s voice, too. “We’re on a mission from God,” they proclaimed.

“Hearing voices can be a very disturbing experience, both for the person who hears voices and family and friends,” according to the Mental Health Foundation (http://www.mentalhealth.org.uk/)

You know what, though? I think we all have a voice that speaks in the depths of our soul. It’s not like, “Hello up there. I’m the evil genie who lives in your liver.” Actually this voice is usually ours. Sometimes it says things like,

Some of these deep, deep questions that I consider in Coffee Stains deserve more than one article. Horseflys for instance. I’ve touched on this subject before but it’s too intricate to solve all the horsefly questions in one article.

So, this second one should finish the job.
You know, you’ve never really lived until you’ve been gnawed on by a horsefly. I didn’t know if they had teeth or not, but according to the deep, scientific tome, Wikipedia, they have “mandibles”. According to this venerated guidebook, horseflies usually feed on nectar or pollen. But, the females require a blood meal to be able to reproduce effectively. (A little vampire music in the background if you please).

So, there you have it. If you miss your swat you’re going to let her produce other little bloodsuckers. Aim quickly and carefully my friend. END_OF_DOCUMENT_TOKEN_TO_BE_REPLACED