Is it okay if I deviate a bit from the usual format of Coffee Stains? I want to share something that’s on my heart.

Am I the only one that feels like there is a malignant fog lying over the land? Not just in the US but all over the world.

This past year has seen a pandemic that altered all our lives. Racial strife tears at our unity. Political venom has engendered hate. Instead of talking and reasoning, we’re screaming at each other. And worst of all it seems that individually people suffer as they try to find an antidote for the pain gnawing at their gut: abuse, addiction to social media, alcoholism, drugs, sexual addictions, isolation … the list goes on and on.

Now you may say, “David, there have been worse times in history.” And I’ll agree with you. My father was born in 1923 right after a war that claimed 20 million lives and the Spanish flu that probably killed even more than the war.

When he was still a child the Great Depression ambushed the world and lasted ten years. According to History.com, “The Great Depression was the worst economic downturn in the history of the industrialized world.” Some say nearly one half the banks in the U.S. failed!

He fought in World War Two and came home with a life-long limp from a half-track (a military vehicle) wreck. Estimates range from 50-75 million, the number of people who died as a result of that conflict.

So, yes, our troubles seem small potatoes compared to all that. But, it would probably be accurate to say that 2020 was one of the most difficult years in the last 75.

Something Is Going On

Behind all the things we see, I think there is a spiritual attack. “For we are not fighting against flesh-and-blood enemies, but against evil rulers and authorities of the unseen world, against mighty powers in this dark world, and against evil spirits in the heavenly places.” (Eph. 6:12, NLT)

I do believe there has been an attack by the devil like we haven’t seen in years. Satan takes advantage of the fact that the Church often can’t meet. He’s fighting a dispersed version of the Church.

I always knew it was important to get together with other believers, but my heart cries out for the day when all believers get together freely again. (And I know that quarantine is necessary). There is power in unity, a synergy when we stand together against the devil.

Yes, we can worship individually and I thank God for YouTube and Facebook services, but it isn’t the same. We need each other. I don’t think it’s a coincidence that the devil has attacked so hard when the Church can’t get together like before.

Battle of the bean patch

Is it possible to roll back the darkness so that a sense of God’s life caresses the land? Can we see one more revival? The Church has been knocked off balance. We need to grab our swords, set our feet, bend our knees and say, “Enough!” I’m not talking about politics but about seeing the good that God wants to do in hurting lives and fighting for that.

I’ve been in church services where people made decisions that changed their eternal destination, rescued their marriage, and saw God move in healing. I miss seeing believers wrap their arms around others to pray for them. How much hope and healing have we missed these past months because so much of the Church hasn’t been able to unite?

How will we react to the enemy’s attack?

The warrior Shammah shows us how it’s done. “The Philistines had gathered together into a troop where there was a piece of ground full of lentils. So the people fled from the Philistines. But he stationed himself in the middle of the field, defended it, and killed the Philistines. So the Lord brought about a great victory.” (2 Sam. 23:11, 12, ESV)

I suspect that the “new normal” will be worse than before … or better.

*Many forget God’s house. Just don’t go back. They say they can serve God on their own and get colder and colder. At the last, they act just like those who don’t know the Lord.

*They continue to cope with this malaise in their own ways.

*They continue to reap the results of forgetting God.

*Run back to God’s house but don’t take it for granted. Unite in God’s Spirit so that people see what God is like and are drawn to Him. Realize how important it is to win the lost. Together we raise our voices in worship.

*Call out to God,

” Will you be angry with us forever?

Will you prolong your anger to all generations?

Will you not revive us again,

that your people may rejoice in you?

and grant us your salvation.

*Refuse to set up those idols again that we had built in our hearts–massive searches for fun; mindless media consumption that destroys time to think and reflect for ourselves and keeps interrupting God when He wants to talk to us; pet sins that drag us down, etc. etc. etc. Each of us knows which idols we fight.

Go to war against the devil, not others. Dare we stand up (as we kneel down) in prayer and say, “Stop! That’s enough pain, enough hurt. Stop in the name of the Lord Jesus.” “So I sought for a man among them who would make a wall, and stand in the gap before Me on behalf of the land, that I should not destroy it; but I found no one. 31 Therefore I have poured out My indignation on them …” (Ezek. 22:30, NKJV). You may be the only one standing between disaster and protection for someone else. INTERCEDE!

Dare we become master of our heart and turn it back to God passionately? Can we return to our first love for the Lord?

If so, that “malignant fog” I spoke of that seems to lie over the land can be replaced by the life-giving presence of the Holy Spirit everywhere we stand up and take our place for the Lord.

“I remind myself every morning: Nothing I say this day will teach me anything. So if I’m going to learn, I must do it by listening. I never learned anything while I was talking.” Larry King

There is a funny video on You Tube. A manipulative toddler falls to the ground crying, trying to get his mother’s sympathy. She walks out of the room.

He sees that she is no longer watching his masterpiece of drama, so he finds her and falls to the ground again, wailing his pain.

She leaves, the toddler follows and the show repeats itself. (See it here: https://www.youtube.com/watch?v=uQtpRjBLXic ) Those tears make us laugh. Most often manipulative waterworks aren’t funny, though.

All Kinds of Tears

All tears aren’t bad. We cry for a lot of reasons.

We might blubber because we feel sorry for ourselves. “Poor me. What an unjust lot I have in life.”

“Get the camera mama. This ought to be on You Tube!”

Sometimes we weep because we really do hurt and tears are our heart’s overflow.

Often we weep when we lose someone dear to us. That’s normal and even healthy. END_OF_DOCUMENT_TOKEN_TO_BE_REPLACED

Trying to get a sleeping teenager out of bed in the morning is similar to trying to wake a sleeping cave bear in the middle of his winter hibernation. One person knows how to do it though—

If you’re a teenager there is a system. When mama’s first yell shakes the peaceful morning–“Get up kids! Time for school,”–you can stay put.  A simple “uhh!” to let her know you live should suffice, and you’ve got a few more minutes. Those are the best minutes of all the night.

The second call is a bit dicey. “I told you kids to get up!” Now you can usually snuggle down into the warmth a little longer, but you need to be careful. If she happens to be in an extra bad mood that day all bets are off. As long as you sleep with one eye slitted slightly to see her if she’s coming, you’re okay.

The third call, though … on that one you can stay in bed if you’ve got a death wish. Good luck with that you’ll need it. END_OF_DOCUMENT_TOKEN_TO_BE_REPLACED

Many tout the health benefits of coffee. According to Wikipedia: “The consensus in the medical community is that moderate regular coffee drinking in healthy individuals is either essentially benign or mildly beneficial.”

Famous coffee drinkers like Garfield the cat laud its benefits. In one Garfield cartoon the fat cat begins to slurp his morning coffee. His master John asks him, “How’s the coffee?” And we see Garfield, eyes wide, wide open, a crazy smile on his face, his whiskers sticking out as he answers, “It gets the job done.”

My excuse for drinking coffee (among others) is that it helps my spiritual life. I used to find myself dozing off as I read my Bible in the morning. Now, I’m “boing, boing, boing.” (That’s the sound of someone jumping on springs, in case you wondered, not “boring, boring, boring” which is a word sometimes associated with preachers).

Is the Church Short On Coffee? END_OF_DOCUMENT_TOKEN_TO_BE_REPLACED 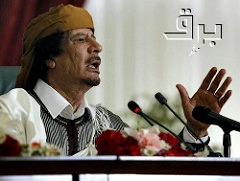 That’s a good question. Give me long enough and I’ll figure out what I want to say. END_OF_DOCUMENT_TOKEN_TO_BE_REPLACED