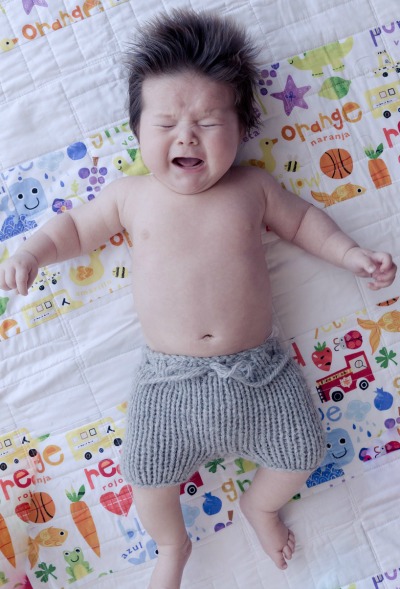 Wise mothers learn to speak “kid-ese, or is it kid-lish?”–the language of their little ones.

For instance, not all yells and tears convey the same meaning. Sometimes, the little one cries out and it means, “Mama, come here and beat the sap out of my brother. He’s picking on me and I’m not big enough to whip him myself.”

Then there are whimpers and sniffles, which mean, “I’ve got the blues and I want you to cuddle me.”

Other yelps mean, “I’ve had enough friend and this means war.” Mama becomes a referee in those cases.

When our son, Charles, was four or five he was prone to see bears in the dark. One day he and his little sister Christi tore around the corner of the house yelling, “Snake!”

Charles felt obliged to add, “And this time we really did see a snake.” I suppose that was an admission that some of those bears he saw weren’t as real as all that.

But, then there is the cry that cuts to every parent’s heart and sets them sprinting to help. You know something is wrong. What’s the difference? Fear inspires this cry and a parent feels it to the core of his being. END_OF_DOCUMENT_TOKEN_TO_BE_REPLACED 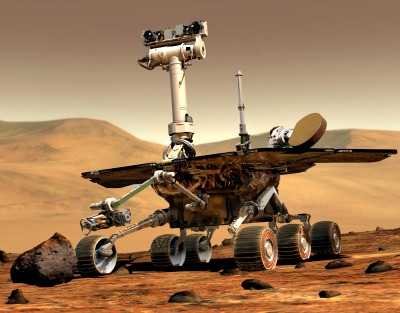 Nearly twelve years ago, the NASA space rover, Opportunity, landed on Mars for a mission designed to last three months.

Little by little it has covered 26 miles, more than any machine has ever done on another celestial body. It has sent back 200,000 pictures of Mars.

It’s starting to have a problem with its flash memory drive. I wonder if bumping into rocks might play a role in the problem. That will do it.

The bottom line, though, is this: if you want to talk about exceeding expectations, you can start with this little machine. NASA may shut it down in 2016 if they can’t repair the memory problem (hey guys, if you find a answer, let me know, huh? I could use a solution to this problem, too.)

NASA must decide whether to invest in more up-to-date technology that is more precise and that can do things the faithful little space rover can’t.

No problem. Everything and everybody has to move off the scene eventually.

But, still … twelve years instead of three months! END_OF_DOCUMENT_TOKEN_TO_BE_REPLACED

Tweeting requires a person to speak succinctly and powerfully in 140 characters. Say it and don’t get longwinded.

Compared to its neighbor, the long, powerful 119th Psalm, Psalm 117 is just a tweet. Two verses. But what a powerful revelation of the nature of God in just a heavenly tweet.

“For great is his love toward us, and the faithfulness of the LORD endures forever.”

Here’s how God is towards you and I. Incredible love, faithfulness that doesn’t quit. Stop and think about that in relation to your life.

So, what should our response be to His love and faithfulness? For sure we should claim the fullness of His Spirit each day of our lives in order to live like that towards others.

But, right now, just this moment? “Praise the LORD, all you nations; extol him, all you peoples.” Do it for who He is and what He does.

Actually, the Lord said it in two verses in the little Ps. 117 tweet. It’s taken me a bit longer.

Praise the Lord, all you nations;
extol him, all you peoples.
For great is his love toward us,
and the faithfulness of the Lord endures forever.
Praise the Lord.(Ps. 117, NIV)

Outside some of the most beautiful sights I had ever seen paraded by as I watched from my seat in a rickety, old train chugging through the Alps of eastern France.

It was September, 1981 and we’d just left the security of Pittsburg, Texas to launch out on a great adventure to preach the gospel in the little country of Luxembourg. First, though, we had to learn a language they could readily understand so we were headed for a French language school in the little city of Albertville.

Mountains rose majestically all around as our train rolled it’s well-worn path though these fir-tree covered sentinels. I’d only seen sights like this in pictures and paintings before this trip.

Somehow though, the wonder had leaked out of my heart. It’s one thing to say, “Yes!” to the Lord’s call in the heat of commitment and prayer. It’s another to leave behind family, friends, and everything you’ve ever known to go to a place where you don’t know enough of the language to ask where the toilettes are located. (That’s a story for another day).

Three jet-lagged kids aged nine, seven, and six sprawled like cadavers on the seats behind me. My wife looked kind of “cadaverous” herself as she dozed near me. I’m glad I didn’t have a mirror.

And there, contemplating the overwhelming beauty of God’s creation, I thought, “What have I done? I won’t get to see my family for four years. Goodbye tacos and corn chips. Goodbye Dallas Cowboys (which can be seen as a sort of blessing).”

I don’t know when I’ve ever felt as forlorn as I did on that train ride from Chambery to Albertville.

Adventures are much more fun to read about than to live through.

Flash forward 28 years. Those kids have grown up, left home and founded their own families. They love the Lord.

That thirty-one year old that I was, has gray hair, a white moustache and wrinkles. His wife, though, has gotten even prettier. Women are exceptions to most rules.

It would take quite a few books to recount all that’s happened but you know what? I’ve made a humongously important discovery. Hang on. Get ready for it. You may want to sit down. Here it comes ….

How I wanted to quit and go home that day in the Alps! I’m glad I didn’t.

Maybe you’re starting something and suddenly you’re seeing that it may not be quite as easy as you had imagined. Perhaps you’re thinking you ought to be reasonable and just give it up and be normal like everyone else.

If you really believe that God told you to do that thing, I’ve got a little advice for you. Don’t quit. You’ve got a Secret Weapon.

“God wasn’t attracted to you and didn’t choose you because you were big and important—the fact is, there was almost nothing to you. He did it out of sheer love, keeping the promise he made to your ancestors. God stepped in and mightily bought you back out of that world of slavery, freed you from the iron grip of Pharaoh king of Egypt. Know this: God, your God, is God indeed, a God you can depend upon. He keeps his covenant of loyal love with those who love him and observe his commandments for a thousand generations.” (Deut. 7:9, The Message)

Don’t quit without using your weapon.

“We profess to be strangers and pilgrims, seeking after a country of our own, yet we settle down in the most un-stranger-like fashion, exactly as if we were quite at home and meant to stay as long as we could. I don’t wonder apostolic miracles have died. Apostolic living certainly has.”
—    Amy Carmichael

Three or four times in my life I’ve awakened in the middle of the night completely disoriented. I didn’t know where I was or even how old I was. Once it nearly got me into trouble.

I woke up and sat on the side of the bed, completely confused. I suppose I had been dreaming and I thought I was a little kid again but part of me was evidently somewhat aware of my surroundings. My wife woke up and I asked her, “Is that you Phyllis?”

She told me later that if I had been a truck driver I would have been in trouble.
Who did I think it was?

Sometimes we are bewildered by things that happen in life. High-schoolers leave home and for a while they’re not sure who they are in their new context without their family. Children fly from the nest and the parents face confusion. Up until this point in their marriage, a big part of their definition of themselves related to their children and now that they are no longer at home, they’re not sure who they are.

A husband dies or leaves and his wife struggles. A man loses his job and wonders if he has value. Long-held positions are taken by another and the status we felt shrivels away.

We orient ourselves in life according to things, people and situations around us and when those things are gone, we can spin out of control.

I woke up the other morning and I was 60-years old. That can be quite a shock. I remember sitting in a restaurant in Charleville-Mezieres, France once, and glancing up to see a fellow seated facing me off to my right. As I looked closer I realized that I knew the guy. It was a mirror and the reflection was me.

It’s crazy when the man looking out from within you tells you that you’re forty and your mirror tells you something else.

Actually, I’m kind of glad to be 60. At 59 you’ve got all the negatives of that age without the status, but 60 has a certain dignity to it. I feel sorry for my friends in their fifties. One day they’ll be like me, if they keep living.

I’ve done a lot of thinking, though, and I want to make the years the Lord gives me count. When you’re 30 and you stand in front of the goal, it’s not vital if you kick the ball through the goal posts. You’ll probably have lots of other chances. But at 60 you feel like you need to score.

Fortunately, we’ve got a God who is faithful in all ages and all situations.

“Stalwart walks in step with God;
his path blazed by God, he’s happy.
If he stumbles, he’s not down for long;
God has a grip on his hand.

“I once was young, now I’m a graybeard—
not once have I seen an abandoned believer,
or his kids out roaming the streets.
Every day he’s out giving and lending,
his children making him proud.

“Turn your back on evil,
work for the good and don’t quit.
God loves this kind of thing,
never turns away from his friends.”

So, if life has left you feeling disoriented, look up. Center your gaze on the Lord and you’ll find dizziness disappearing and confidence returning to the center of who you are.

It’s funny how the nation’s mood was at its most humble when its actual achievements were at their most extraordinary. David Brooks contrasting our braggart generation with the self-effacing generation at the end of World War II.