Courage surprises us when we stumble on it unexpectedly. Compassion and love wash over us like a refreshing breeze in August, when we find them where we anticipated searing hate and vengeance.

The Amish are descendants of Swiss-German settlers from the Alsace-Lorraine region. Their Christian denomination places importance on the Gospel message of forgiveness. The Amish forbid the use of electricity in their homes, will not drive automobiles or tractors for fieldwork, and follow a strict dress code.

Roberts, who was not Amish, let the boys and adults in the school leave. Some speculate he planned to sexually molest the 10 girls he kept prisoner, but the police arrived too quickly for him to put his plan into action.

He shot all the girls, whose ages ranged from 6 to 13, killing five of them. Then he killed himself. He said he was mad at God, according to the surviving girls. He even asked them to pray for him.

But something astonishing happening before the carnage, according to Rita Rhoads, a midwife. Thirteen-year old Marian Fisher asked the killer to shoot her first, apparently hoping to let the younger girls survive.

Her 11-year old sister Barbie told the story to her grandfather who related it to Rhoads. Barbie appealed to the shooter to shoot her next. The younger sister survived. END_OF_DOCUMENT_TOKEN_TO_BE_REPLACED 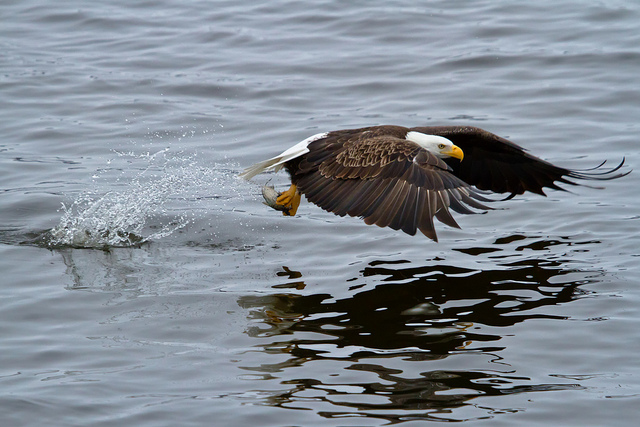 Have you ever had one of those “creepy-house-in-the-middle-of-the-night” dreams?

When I was a teenager I dreamed I was walking through our empty house in the obscurity of the night. I felt something spooky in the air.

I opened the door and “boom” there was a searing light that I somehow knew was a wolf. Don’t ask me to explain it. It was a dream, okay?

My heart nearly exploded—in my dream and in my sleeping body. Wow! That was scary.

You are the hand of God to touch hurting people. You’re His voice to whisper compassion to them.

I used to be a bit of a kamikaze about some things. Funerals for instance. I didn’t like them and I used to proclaim, “When I die just put me in a box and bury me. I’ll be with the Lord so it doesn’t matter.”

I didn’t want anyone viewing me in my casket and saying, “Doesn’t he look natural?” If you look natural when you’re dead, you must have been pretty bad off when you were alive. END_OF_DOCUMENT_TOKEN_TO_BE_REPLACED

As I left my apartment to walk into the center of our city, five minutes a way, I saw emergency vehicle lights on the bridge over the train tracks.

Traffic was stacked up. “I wonder what that is.” Bus number 317 was stopped on the bridge and the police were trying to untangle the jam of cars by directing them another way. In front of the bus a man lay prostrate on the street. I suppose he was alive but he wasn’t wiggling a lot. END_OF_DOCUMENT_TOKEN_TO_BE_REPLACED

A friend related his story to me recently. He and his family had gone through a series of fierce trials—psychologically, physically and spiritually.

One of the toughest things for him to comprehend during this time was the reaction of his Christian colleagues.

They couldn’t seem to understand. Their reaction was basically, “Pray more. Read the Bible more. Suck it up. Put on your big-boy pants and get on with life.” Instead of encouraging him, they just added another brick to his load.

How do we respond to hurting people?

That depends, because I think we’re talking about at least two categories of hurt. One is those who are staggering under a trial that’s threatens to crush them. A second category consists of people who are perpetually suffering—and they like it. Miserable is agreeable to them. END_OF_DOCUMENT_TOKEN_TO_BE_REPLACED