Growing up in the country, fried chicken was one of the basic food groups, so I had quite a lot of experience with our feathery friends.

Frankly, if they didn’t taste good, chickens would be a waste. Mostly what they did was run away you approached and fertilize any area where they happened to be scratching for bugs.

Frankly, if they didn’t taste good, chickens would be a waste. Mostly what they did was run away you approached and fertilize any area where they happened to be scratching for bugs.

In the Summer when tired students could finally sleep in (we were up at the crack of noon when we weren’t working), the male version of these living feather dusters would sing at the top of his voice way too early, way too early in the morning.

Chickens, except for a few ornery roosters, were mostly scared of everything and that fact gave birth to one of the worst insults one kid could give another–“You’re chicken!” 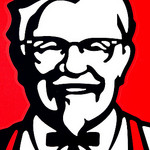 I read a story once, though, that made me realized that even chickens have their limits.

King Ahab distinguished himself as one of the sorriest kings Israel ever produced.

Dominated by his wife Jezebel, Israel prospered financially during his reign but he stood as an enemy to God.

Once several other kings came against his city, Samaria, to ravage it. The king of the attackers was called Ben-Haddad. Someone suggested that his name could probably be translated, “Son of Thunder.”

His thundering threats caused a whole lot of shaking to go on inside of Ahab. “Then he sent messengers into the city to Ahab king of Israel, and said to him, “Thus says Ben-Hadad: ‘Your silver and your gold are mine; your loveliest wives and children are mine.’”

And the king of Israel clucked, “My lord, O king, just as you say, I and all that I have are yours.” (1 Kings 20:2 NKJV). That demand might have pleased Ahab if his enemy had taken Jezebel in the bargain.

A few hours later, messages came from the Thunder King demanding even more.

But even chickens like Ahab have their limits, “Therefore he said to the messengers of Ben-Hadad, “Tell my lord the king, ‘All that you sent for to your servant the first time I will do, but this thing I cannot do.’” (1 Kings 20, 9 NKJV)

A prophet of the Living God spoke to the Chicken king. For once he obeyed and strode out and sent the Thunder King packing, winning a victory worth crowing about.

He did it again the next Spring.

For Ahab, it was downhill from then on as he returned to his disobedient ways. But, at least once he had proved that even chickens have their limits.

Do You and I Have Our Limits?

I cackle with judgment watching Ahab’s cowardly ways, but what about me?

Do I ever read God’s promises as if they were sweet fairy tales, ignoring the power in them?

Do I ever let the devil bluster and threaten and run over me?

Does even this chicken have his limits?

Maybe it is time to stop running and strap on our armor. We have God’s promise. Fight back against the enemy.

“The truth is that, although of course we lead normal human lives, the battle we are fighting is on the spiritual level. The very weapons we use are not those of human warfare but powerful in God’s warfare for the destruction of the enemy’s strongholds. Our battle is to bring down every deceptive fantasy and every imposing defence that men erect against the true knowledge of God. We even fight to capture every thought until it acknowledges the authority of Christ.” (2 Corinthians 10:3-5 J.B. Phillips)

Are you stumbling around clucking in fear? Maybe it’s time to get up, put on your battle gear, and head out to war.

Inspired by God’s promise, you will win.

“Men may spurn our appeals, reject our message, oppose our arguments, despise our persons, but they are helpless against our prayers.”

THOUGHT FOR THE DAY:

I don’t want to brag or make anyone jealous or anything, but I can still fit into the socks I wore in high school.

END_OF_DOCUMENT_TOKEN_TO_BE_REPLACED

(This Coffee Stain is a blast from the past) 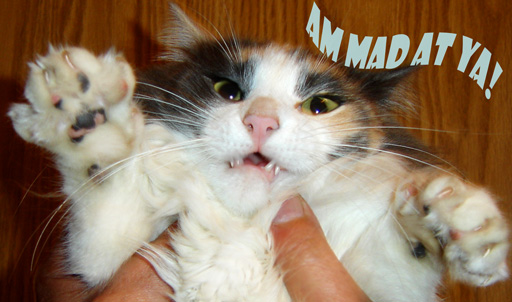 Mystery shrouds our neighborhood.  Some criminal has been killing cats.  I know because an anguished cat lover put an announcement of this fact in everyone’s mailbox so that we can be on the lookout for Jack the Katnipper.

I’m not particularly attached to cats, but I don’t dislike them either.

I still have good memories of my Grandpa Porter’s cat, “Tom”, (he also had a dog name Churchill, so baptized because he hung out often at the church up the hill). We laughed hilariously at the antics of my daughter’s cat Betty.

So I wasn’t particularly happy to learn that someone was bumping off felines.  I imagined a strange, lonely old man taking vengeance for his unfulfilled life on the neighborhood kitties.

Why would anyone want to kill a cat ?

The other night about 4:30, up on the clay-tiled roof of our house I heard, “Bump, bump, meeeeeooooowww!”  I thought, “Stupid cat!  What’s going on over there?”  It sounded like the neighbor was remodeling his house in the middle of the night and had stepped on a sleeping cat in the dark.   END_OF_DOCUMENT_TOKEN_TO_BE_REPLACED 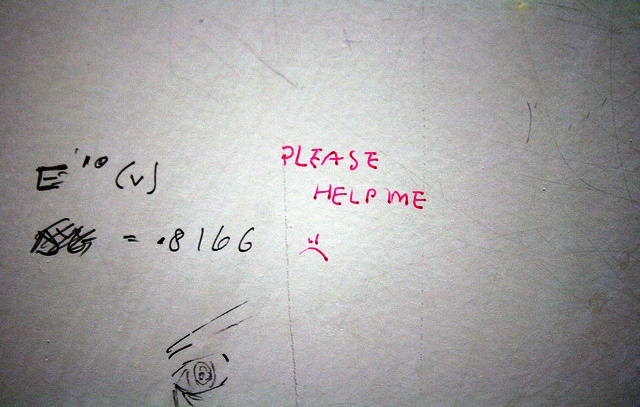 When you are a “sneer-er” you gotta sneer at something. So, today I sneer at the junior high math classes where the teacher gives a math problem and everyone whips out his calculator.

They have no idea of the sum of 12 x 12. If their batteries give out they sit there with a dumb look on their face.

If I would be honest, down deep I’m probably mad because of all those multiplication tables I had to memorize. I remember the fear I experienced as I scrunched my forehead pondering during one of those innumerable tests. “Hmmm .. 9 x 13? What was that again?”

I would almost wish that I had studied instead of watching the Beverly Hillbillies on television the night before. Almost. END_OF_DOCUMENT_TOKEN_TO_BE_REPLACED

I learned a valuable lesson one day: never spit when you’ve got a two-year old on your shoulders.

I don’t want to shock the ladies in my audience but men spit, scratch and burp when their mothers and their wives aren’t around to tell them to stop. It is a guy thing. (Sometimes their younger daughters spit and burp along with them, but, only when mama’s not there.If you want to get into the doghouse, sir, just encourage your little girl to burp when mama is there).

One day I went for a walk, carrying one of my grandkids on my shoulders, I think it was my sweet Briana, when she was about two. Somewhere during the walk I spit. Then I heard a noise above me as the little one tried to work up her saliva to imitate me.

I’m aware that spitting is a habit you have to develop to do it well, and when I heard that noise I had a good idea where the spit would land! “No sweetheart! No … uh. Yuk!” END_OF_DOCUMENT_TOKEN_TO_BE_REPLACED

Lots of world problems need solutions. Men argue, debate and waste thousands of hours in parliaments and congresses looking for answers to difficult questions. What a waste of time. All they have to do is ask me!

Take the death penalty for instance. The ‘fors’ and ‘againsts’ heat up once the topic is broached. I found a better solution. You want to punish murderers? Make them ride transatlantic airplanes for the rest of their miserable lives. END_OF_DOCUMENT_TOKEN_TO_BE_REPLACED