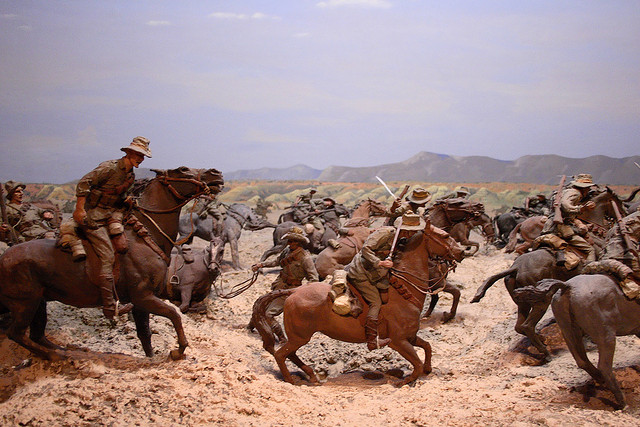 A straight-forward, scientific approach to life rips the heart out of reality.

One man notes that his scientific-minded wife thinks that “love” is just a question of bodily hormones, etc. acting on the brain. Those who subscribe to this religion think everything can, or eventually will be, explained under microscopes, in test tubes and by mathematical formulas.

Is existence neatly described by what we perceive with the five senses? If you can’t see it, taste it, smell it, hear it, or feel it, does that mean it doesn’t exist?

Something deep within man knows that is wrong. We struggle to make sense out of what we can’t understand—and testtubes and scientific formulas only provide a partial answer.

For instance: war is a horrible thing. We recoil from death and maiming. But, some of our poets have reached beyond what we can see to seize some sense out of the senseless.

Listen to Alfred Lord Tennyson describe a moment in the 1854 Battle of Balaclava during the Crimean War. A brigade of English Calvary has received the order for a suicidal charge against the enemy.

Was there a man dismay’d?

Not tho’ the soldier knew

Theirs not to make reply,

Theirs not to reason why,

Theirs but to do and die:

Into the valley of Death

…When can their glory fade?

O the wild charge they made!

All the world wondered.

Honour the charge they made,

( The Charge of the Light Brigade, Alfred Lord Tennyson)

Facts point out the incredible stupidity that leaders displayed in ordering such a charge. Tennyson celebrates invisible things like courage, love of country, and solidarity as the 600 calvarymen charge cannons.

Courage, faithfulness and love can’t be seen under a microscope but countless times they have changed the world.

Wise men see beyond what they see. 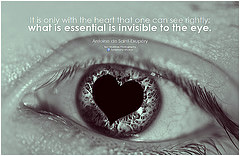 The peasant hung in agony on a cross. Below jealous spiritual leaders mocked him in smug satisfaction. That was what happened to people who crossed them, to those who threatened their security and power.

The scientific conclusion, based on what people saw? Another poor, delusional fellow crushed under the heel of the rich and mighty. Game over. Let’s go home.

A man named Paul had the ability to see beyond what was seen, to see what microscopes and telescopes can’t comprehend.

“HE forgave all our sins, having canceled the written code, with its regulations, that was against us and that stood opposed to us: he took it away, nailing it to the Cross.” (Col. 2:14, 15, NIV)

In visible human places, Jesus the Christ, fully man and fully God was dying for our sins. In invisible, spiritual places there was also something going on.

“And having disarmed the powers and authorities, he made a public spectacle of them, triumphing over them by the cross.” (2:15)

But, God was on the cross and we crucified Him. And His death and resurrection opens the door to forgiveness of sins and eternal salvation for everyone who places their faith in Jesus.

Tennyson’s poem conveys the heart and soul of the unseen part of that battle, many years ago. The visible was horrible; the invisible sacrifice of the soldiers was beautiful and noble.

So the Cross and resurrection of Jesus expresses fully the heart of God. You want to know what He is like? Look to Jesus on the Cross. See His power as His Son rises from the dead.

So often we miss the wonder of life because we want to reduce everything we see to the realm of our five senses. The wonder of life goes way beyond that and if you’ve not learned to live with your senses that exist beyond those puny five, you’ve missed it all.

And every common bush afire with God,

But only he who sees takes off his shoes;

The rest sit round and pluck blackberries.”

Can you see beyond what you can see?

What is the work of God? It is simply to see what Jesus would see if he were looking through my eyes, and respond as he would respond.  John Ortberg (in Love Beyond Reason)